Materialist thinkers often act as if their motto was "make humans seem like something much less than humans."  There are various different ways in which they do this:

Neuroscienitsts often try to make us think that humans can't remember very well things they experienced years ago, or that each time we remember something there will be a high chance of error.  Such claims are contrary to abundant human experience. It is rather obvious why neuroscientists tend to speak in such a way. The more you believe that human memory is not very reliable, and something that requires multiple exposures, the more likely you may be to believe that human memories are stored in the brain. 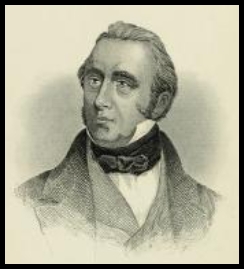 Thomas Babington Macaulay
If normal human memory abilities are inexplicable as being produced by brains with very rapid protein turnover, very high levels of signal noise of several different types, and nothing like an indexing system, a position notation system or any known mechanism for reading or writing memories, brains that replace about 3% of their proteins every day, which is certainly the case, then cases of exceptional memory such as these are all the more inexplicable as being neural effects.
Brain studies of people with exceptional memories have failed to present  any robust evidence for any brain difference that could explain such memories. The paper here  claims to have studied the brains of 11 people with Highly Superior Autobiographical Memory (HSAM).  The abstract makes no specific claim of having found any specific difference in the brains of such people.  The abstract does vaguely claim to have identified "nine structures as being morphologically different from those of control participants," but the text of the paper does not justify any claim of any significant morphological difference in the 11 people with Highly Superior Autobiographical Memory (HSAM).  We read in the paper nothing different from what you would get by randomly picking 11 people and comparing their brains to 11 other random people.
It is interesting that Table 1 of this paper shows us the nine regions that were supposedly "morphologically different" from controls.  There are nine up arrows to indicate little regions of neural superiority in the HSAM subjects with amazing autobiographical memory, and down nine down arrows to indicate little regions of neural inferiority in such subjects.  "That's a wash," as they say: the negatives cancel out the positives. Overall there is no indication of neural superiority in these HSAM subjects with amazing memories.
A more recent paper on this topic can be read here.  The paper fails to show any robust evidence of any significant brain activity difference between those with astonishing HSAM memories and normal controls. The very marginal differences discussed are merely the type of differences we would expect from comparing about 10 randomly selected people with 10 other randomly selected people.
The fact that people with vastly superior recall ability have brains that are not structurally superior (and are sometimes very structurally inferior) to those with normal recall abilities, and the fact that brain scans of such people show nothing very noteworthy are both facts that strengthen the case against the claim that memories are stored in the brain.
at February 12, 2021