Cloud Computing and a Non-Local Model of Consciousness

Here's an interesting puzzle. A man has a ball which he throws very hard, and the ball comes back to him. When he does this, the ball never bounces off of anything, and never touches anything. There is nothing special attached to the ball, nothing like strings or elastic bands. The ball has no kind of special flying ability. How does the ball keep coming back to the man? Think about this for a few seconds before reading further.

The answer is really quite simple. The man throws the ball straight up into the air, and gravity returns the ball to him. This is a classic example involving lateral thinking, also known as “outside the box” thinking. Many people are puzzled by this problem, because they confine their thoughts to a little “box” that limits their thinking. In this case the “box” is the assumption that the man must be throwing the ball in a roughly horizontal fashion, like some baseball pitcher.

Like people stumped by this “return of the ball” problem, the typical neuroscientist of today seems to be the prisoner of unwarranted assumptions. Faced with the problem of consciousness, and the problem of how our memories our stored, a typical neurologist confines himself to the “inside the box” assumption that the mind must somehow be generated by the brain. So he keeps thinking about some way that chemicals or neuron patterns or electricity might generate consciousness or store memories. This approach has been futile. After decades of knocking their head against this wall, scientists still have no evidence of physical memory traces inside the brain, nor do they have any real understanding of how things such as concepts can arise from the brain. As Rupert Sheldrake says on page 194 of his excellent book Science Set Free, “More than a century of intensive, well-funded research has failed to pin down memory traces in brains.”

The idea of a non-local source of consciousness may be entirely baffling at first, but there is an analogy that may clarify the idea. The analogy involves cloud computing. Let's compare how computers worked during the 1980's and today. About 1985 if you had a computer, all of your computing and memory storage was done locally. If you did some computer work on some problem, the only thing working on it would be the CPU stored on your desktop computer. If you stored some photos on your computer, they would be stored on the hard drive of your computer.

But nowadays we have a very different situation. You may have some tiny hand-held device that does not even have a hard drive. The device may have little or no local memory. But you can still upload your photos and videos in a way that results in them being permanently stored. You also can do all kinds of computing, with the results permanently stored far away. How can this happen? You are interacting with what is nowadays called the Cloud. 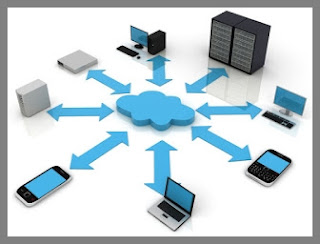 I could start telling you the details of how the Cloud works, discussing external web sites and their sever farms, and so forth. But for the purposes of this discussion, it is much better if I don't get into such details. It is better to think of the Cloud abstractly, as a kind of ethereal amorphous mega-resource that enables non-local computing and non-local storage of information. After we conceive of the Cloud in such a way, a question arises. Could it be that our own memories are not locally stored, but somehow stored in some cosmic consciousness-generating reality, something a little comparable to the Cloud we are now using for our computing?

The concept discussed here is a kind of “client/server” concept. In abstract terms, Facebook.com can be thought of a server providing services to a vast horde of different clients, each a user who has a Facebook account. Similarly, it might be that human individuals are like clients who receive their consciousness from a mysterious consciousness infrastructure that acts as a kind of non-local “consciousness server” providing consciousness to many local clients. 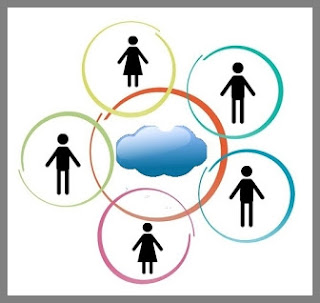 Such a theoretical model does not actually require us to buy into a computational model of the mind, in which the mind is regarded as something like a computer output. The essence of this model is not a computational assumption, but a “client/server” concept. The essence of this model is that local entities (or clients) all are enabled by some external, non-local infrastructure which provides them with something that they could not get by themselves. Just as you cannot get Facebook functionality all by yourself (without internet access), it may be that the little mass of flesh between your ears is totally incapable of producing consciousness by itself, and that your consciousness comes from an external consciousness infrastructure that may be thought of as a kind of “consciousness server” serving multiple clients (different people).

Empirical support for such a model may come from a wide variety of paranormal and psychic phenomena which are inexplicable using the hypothesis that your mind is produced entirely by your brain, but which may be explicable through an alternate model in which your memories are stored non-locally, and your consciousness depends on interactions with some great external reality. Empirical support for such a model may also come from studies such as those done by John Lorber, which found astonishing cases of people who had good memories and good intellectual functioning, even though most of their brains were destroyed by diseases such as hydrocephalus.

Postscript: After writing this post, I discovered a 2013 scientific paper,  "Long-Term Memory: Scaling of Information to Brain Size" by Donald R. Forsdyke of the Department of Biomedical and Molecular Sciences of Queens University in Canada.  He quotes the physician John Lorber on an honors student with an IQ of 126 and a severe case of hydrocephaly that left him with almost no brain:

Instead of the normal 4.5 centimetre thickness of brain tissue between the ventricles and the cortical surface, there was just a thin layer of mantle measuring a millimeter or so. The cranium is filled mainly with cerebrospinal fluid. … I can’t say whether the mathematics student has a brain weighing 50 grams or 150 grams, but it’s clear that it is nowhere near the normal 1.5 kilograms.

Forsdyke notes two similar cases in more recent years, one from France and another from Brazil.  He then states the following, suggesting a "cloud computing" idea of the mind vastly different from the "brain makes your mind" idea, and rather similar to what I have mentioned here:

"For all these storage alternatives, the thinking is conventional in that long-term memory is held to be within the brain, and the hydrocephalic cases remain hard to explain. Yet currently most of us, including the present author, would prudently bet on one or more of the stand-alone forms. The unconventional alternatives are that the repository is external to the nervous system, either elsewhere within the body, or extra-corporeal. The former is unlikely since the functions of other body organs are well understood. Remarkably, the latter has been on the table since at least the time of Avicenna and hypothetical mechanisms have been advanced (Talbot 1991; Berkovich 1993; Forsdyke 2009; Doerfler 2010). Its modern metaphor is 'cloud computing.' "
at April 03, 2018