For years scientists have been advancing the groundless theory that human memories are stored in synapses. Such scientists have ignored very strong reasons for concluding that this idea cannot possibly be correct. The first reason is the very short lifetimes of the proteins in synapses, which last only a thousandth of the longest length of time that humans can retain memories. Synapse proteins have an average lifetime of less than two weeks, but humans can reliably remember things for more than 50 years, a length of time more than 1000 times longer than two weeks.  I got a reminder of this yesterday, when I saw in print a reference to the 1970-1971 TV show "Nanny and the Professor," a show I haven't thought about (or heard mentioned or read about) in 50 years. I remembered correctly the name of the little-known female star of the show.

If it were true that memories were stored by a strengthening of synapses, the formation of a memory would be a slow process. The only way in which a synapse can be strengthened is if proteins are added to it. We know that the synthesis of new proteins is a rather slow effect, requiring minutes of time. In addition, there would have to be some very complicated encoding going on if a memory was to be stored in synapses. The reality of newly-learned knowledge and new experience would somehow have to be encoded or translated into some brain state that would store this information. When we add up the time needed for this protein synthesis and the time needed for this encoding, we find that the theory of memory storage in brain synapses predicts that the acquisition of new memories should be a very slow affair. But it is a fact of human experience that humans can form long-term memories instantly.  You can often remember the plot of a movie months after seeing it only one time, and you can often remember months later experiences you had only one time, even if you never had any thought about the movie after seeing it, and never thought about the experience after having it.  Ask a man to tell the whole plot of a movie just after it ends, and he will be able to tell the whole story. He won't say that he doesn't remember the last few minutes of the movie, and ask you to wait for his memory formation to catch up.  And if you ask the man at the end of the movie to tell what happened at the end of the movie, he will have no trouble remembering, a few seconds after the movie's end.

A new science paper gives us an indication that scientists have no solid theory of neural memory storage. The paper is entitled "What If Memory Information is Stored Inside the Neuron, Instead of in the Synapse?"  We read the following, which refers to a numbered list of papers given at the end of the paper:

"Conventional wisdom has it that memory information in the brain is stored in the synapse...In neuroscience literature, there is a growing number of findings against the synaptic hypothesis. For example: 'Long term memory storage and synaptic change can be dissociated' [13]; 'Increased synaptic strength that is the result of cellular consolidation is thus not a critical requisite for storing a memory' [14]; 'When enhanced synaptic strength between engram cells is abolished, the memory is not”'[15]; 'Memory does not reside in altered synaptic conductances.' [16]. As summarized succinctly in [17]: (we do not know) 'the physical medium in nervous tissue that is modified in order to preserve these empirical quantities for use in later computations.' "

This is quite a confession. A hypothesis of synaptic memory storage is still popular, despite the fact "there is a growing number of findings against the synaptic hypothesis."  This is what happens very frequently in scientific academia. Clinging to an achievement legend that is unfounded, scientists continue to believe they understand something they do not at all understand, as evidence continues to accumulate that their theory on the matter is wrong. This has been going on in one form or another through most of the history of scientific academia. Call it ideological inertia, which is the opposite of being able to quickly modify assumptions, what me may call hypothesis agility.

The new paper refers us to a previous article in which a neuroscientist confesses his lack of understanding about a neural basis for memory and thought:

"We do not yet know how the brain implements the basic elements of computation (the basic operations of arithmetic and logic). We do not yet know the mind’s computational primitives. We do not yet know in what abstract form (e.g., analog or digital) the mind stores the basic numerical quantities that give substance to the foundational abstractions, the information acquired from experience that specifies learned distances, directions, circadian phases, durations, and probabilities. Much less do we know the physical medium in nervous tissue that is modified in order to preserve these empirical quantities for use in later computations. Already as an undergraduate, I wanted to know the physical basis of memory in the brain. I begin to think that we are not to know this in my lifetime, but science often progresses in sudden and unexpected spurts, so I still hope to know it."

Having shaken our confidence in a synaptic theory of memory, the "What If Memory Information is Stored Inside the Neuron, Instead of in the Synapse?" paper proceeds to discuss a theory of memories stored in neurons. But the authors provide no evidence for such a theory, which would suffer from problems as great as the theory of a synaptic storage of memory. Nor do the authors even present any hypothetical description of how neurons could store information.  We are left with the impression that our scientists have no solid theory of how a brain could store memories. 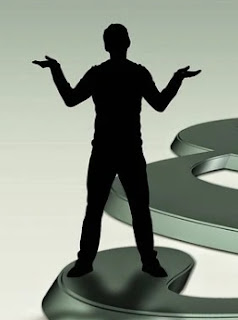 It is interesting that the paper authors feel compelled to spend a good part of their paper speculating on alternate ideas about the purpose of synapses.  Strange that even though we kept being told the far-fetched claim that our bodies merely reflect purposeless random mutations, our scientists so often tend to keep speaking as if everything in the body must have a purpose.
at January 26, 2021