"Particle Experiences" and Other Dubious Ideas of Panpsychism

The book Galileo's Error: Foundations for a New Science of Consciousness by philosopher Philip Goff is a book with quite a few misfires. The biggest one is an extremely common one among today's philosophers. The error is to use the way-too-small term “problem of consciousness” in discussing current shortfalls in explaining the human mind.

What we actually have is an extremely large “problem of explaining human mental capabilities and human mental experiences” that is vastly larger than merely explaining consciousness. The problem includes all the following difficulties and many others:

It is therefore a ridiculous oversimplification for philosophers to be raising a mere "problem of consciousness” that refers to only one of these problems, and to be speaking as if such a “problem of consciousness” is the only difficulty that needs to be tackled by a philosophy of mind. But that is exactly what Philip Goff does in his book. We have an indication of his failure to pay attention to the problems he should be addressing by the fact that (according to his index) he refers to memory on only two pages of his book, both of which say nothing of substance about human memory or the problems of explaining it. His index also contains no mention of insight, imagination, ideas, will, volition or abstract ideas. The book's sole mention of the problem of self-hood or the self is (according to the index) a single page referring to “self, as illusion.” The book's sole reference to paranormal phenomena is a non-substantive reference on a single page. Ignoring the vast evidence for psi abilities, near-death experiences and other paranormal phenomena (supremely relevant to the philosophy of mind) is one of the greatest errors of academic philosophers of the past fifty years.

As shown by psychology textbooks that may run to 500 pages, the human mind (including memory) is an incredibly diverse and complicated thing, consisting of a huge number of capabilities and aspects. It has always been quite an error when people try to describe so complicated a thing as something simple and one-dimensional.  This is what panpsychists have always done when they try to reduce the mind to the word "consciousness," which they then describe as a "property." A property is a simple aspect of something that can be described by a single number (for example, weight is a property of matter, and length is a property of matter, both of which can be stated as a single number).  A mind is something vastly more complicated than a property.

Goff commits this same simplistic error by trying to shrink the human mind to the word "consciousness" throughout his book, and then telling us on page 23 that consciousness is a "feature of the physical world," and telling us on page 113 that "consciousness is a fundamental and ubiquitous feature of physical reality." When I look up "feature," I find that it is defined to mean the same thing as "property": "a distinctive attribue or aspect of something."  Human minds are vastly more complicated than any mere "feature" or "property" or "aspect" or "attribute."  We are being fed simplistic pablum when we are told that our minds are some "feature" or "aspect" or "property." If you've started out with the vast diversity and extremely multifaceted richness of the human mind, and somehow ended with up a one-dimensional word such as "feature" or "aspect" or "property,"  you've gone seriously wrong somewhere. Call it a shrinkage snafu.

So many professors act like masters of concealment by acting in so many ways to misrepresent the gigantic mental and biological complexity of human beings, as if they were so interested in covering up our complexities.   And so we always have utterly misleading cell diagrams included in our biology textbooks, which make it look like there are only a few organelles per cell (the paper here tells us that there are typically hundreds or thousands of organelles per cell). And so we have "cell types" diagrams, which make it look as if there are only a few types of cells (the human body actually has hundreds of types of cells). And so we have the false myth that DNA is a blueprint or a recipe for making humans,  false not only because of the lack of any such human specification in DNA, but also because of the naive error of speaking as if you could ever build an ever-changing supremely dynamic organism like a human (as internally dynamic as a very busy factory) through some mere recipe or mere blueprint like you would use to construct a static house or a static piece of food.  And so we have the complexity-concealing claim that the vastly organized systemic arrangements of the human body can be explained by the "stuff piles up" idea of the accumulation of mutations (as if something as complex as a city could be explained by something like what we use to explain snow drifts). And so we have the frequent reality-denying assertions that mentally humans are "just another primate" or that other mammals are "just like us." And so you have the great complexity concealment of speaking as if a human mind was mere awareness or consciousness that could be described as a "property" or "feature."

Panpsychism creates the problem that we have to then end up believing that all kinds of inanimate things are conscious to some degree. If consciousness were to be some intrinsic property of matter, it would seem to follow that the more matter, the greater the consciousness. So we would have to believe that the large rocks in Central Park of New York City are far more conscious than we are. And we would also have to believe that the Moon is vastly more conscious than we are. But if such inanimate things are far more conscious than we are, why do they not give us the slightest indication that they are conscious? There is no sign of any intelligent motion in the comets or asteroids that travel through space. Instead they seem to operate according to purely physical principles, just exactly as if they had no consciousness whatsoever. That's why astronomers can predict very exactly how closely an asteroid will pass by our planet, and the exact day that it will pass by our planet. So it seems that Goff's claim on page 116 that panpsychism is “entirely consistent with the facts of empirical science” is not actually true. To the contrary, we see zero signs of any consciousness or will in any non-biological thing, no matter how great its size, contrary to what we would expect under the theory of panpsychism. 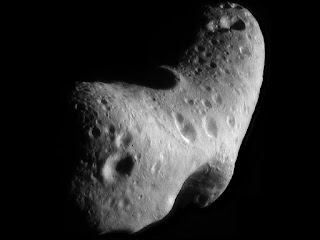 On page 113 Goff suggests that maybe it is just certain arrangements of matter that might be conscious.  Goff isn't being terribly clear when he tells us on page on page 113, "Most panpsychists will deny that your socks are conscious, while asserting that they are ultimately composed of things that are conscious." So what does that mean, that the threads of your socks are conscious? If a panpsychist tries to defend his beliefs by denying that all material things are conscious, this actually pulls the legs from out under the table of panpsychism, depriving it of any small explanatory value it might have.  Once you go from "all matter is conscious" to "only certain arrangements of matter," you still have the same problem in materialism, that there is no reason anyone can see why consciousness would appear from some particular arrangement of matter.

It would seem that the panpsychist has a kind of dilemma: either maintain that consciousness is an intrinisc property of matter (leaving you perhaps with some very small explanatory power, but many absurd consequences such as large rocks being more conscious than humans), or maintain that only special arrangements of matter are conscious (which would seem to remove any explanatory reason for believing in panpsychism in the first place).

On page 150 to 153 Goff shows himself to be an uncritical consumer of one of the biggest legends of neuroscience, that split-brain patients have a dual consciousness. They have no such thing, as we can discover by watching Youtube interviews with split-brain patients who clearly have a single self. A scientific study published in 2017 set the record straight on split-brain patients. The research was done at the University of Amsterdam by Yair Pinto. A press release entitled “Split Brain Does Not Lead to Split Consciousness” stated, “The researchers behind the study, led by UvA psychologist Yair Pinto, have found strong evidence showing that despite being characterised by little to no communication between the right and left brain hemispheres, split brain does not cause two independent conscious perceivers in one brain.” The actual facts about split-brain surgery are related here by a surgeon who has performed such an operation. He states this about split-brain patients:

"After the surgery they are unaffected in everyday life, except for the diminished seizures. They are one person after the surgery, as they were before."

Panpsychism does very little to help with the explanatory problems in the philosophy of mind. The main reason is that it does not help with more than one of the ten problems listed at the beginning of this post. For example, panpsychism is worthless in explaining how humans are able to instantly retrieve memories, or why humans are able to form abstract ideas.

In the last paragraph of the book, Goff makes a pitch that kind of follows that classic salesman's advice to “sell the sizzle not the steak.” He states the following (imagine some violins playing as you read this passage):

“Panpsychism offers a way of 're-enchanting the universe.' On the panpsychist view, the universe is like us; we belong in it. We need not live exclusively in the human realm, ever more diluted by globalization and consumerist capitalism. We can live in nature, in the universe. We can let go of nation and tribe, happy in the knowledge that there is a universe that welcomes us.”

Scientific American has an interview with Goff about his book. Goff states the following;

"The basic commitment is that the fundamental constituents of reality—perhaps electrons and quarks—have incredibly simple forms of experience. And the very complex experience of the human or animal brain is somehow derived from the experience of the brain’s most basic parts."